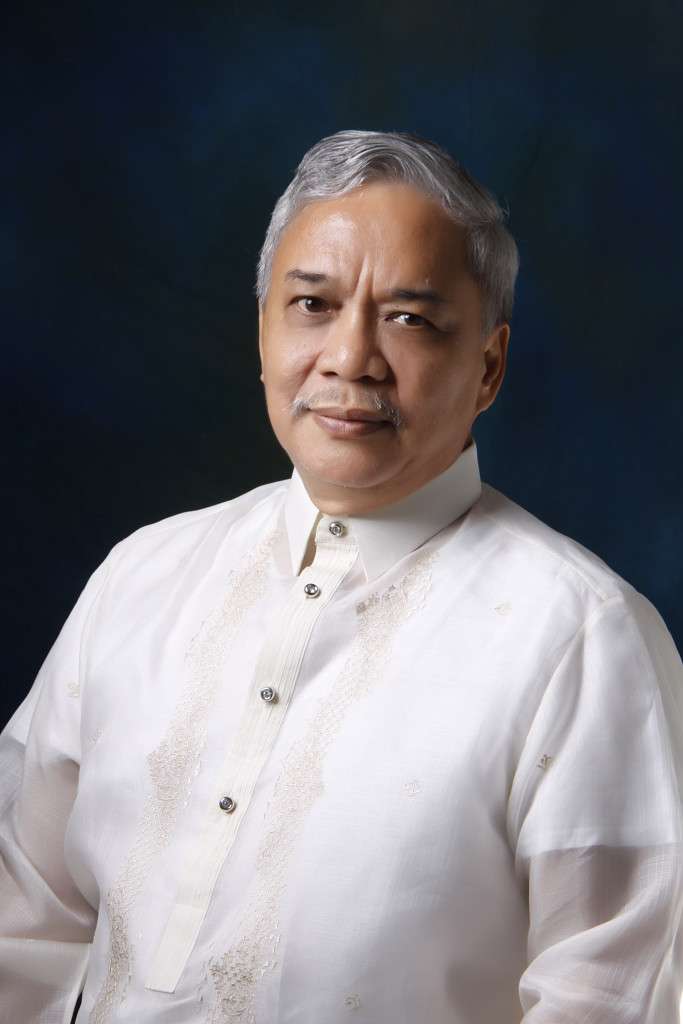 On  behalf of the officers and members of the Board of Trustees, I warmly welcome you all, our members and guests, to the Mandaue Chamber’s Annual Membership Assembly and election. You honor us with your presence.

Welcome and thank you also to our sponsors for today’s event. We highly appreciate your support to the Chamber.

In the General Assembly and Election last year, as a nominee to the Board, I made some remarks about the Chinese proverb, “May you live in interesting times.” This turned out to be a self-fulfilling prophecy. Indeed, as I review the events of last year and this year which covers fiscal year 2015-2016, I can say that indeed, we lived through “interesting times.”

The Philippines hosted last year the Asia-Pacific Economic Conference (APEC) and Cebu became one of the major meeting hubs of the conference. Then Cebu hosted in January the International Eucharistic Congress which placed our province in the world map as we welcomed thousands of delegates from all over the country and the world.

These major events challenged the logistical capabilities of our province and cities and we are proud to say that Mandaue Chamber, as well as our members played key supporting roles in various capacities.

The Chamber donated a total of P150,000 to support the first communicants during the Eucharistic Congress and we organized the Expo Mandaue both here in Cebu and in Manila to showcase the products of Mandaue to the world during APEC.

In the middle of all these major events, our Chamber also celebrated its 50th Founding Anniversary with the theme “Celebrating Game Changers.”

We started the fiscal year in July 2015 with Mandaue Talks with Business. This is our advocacy platform to thresh out issues affecting business with the local government of Mandaue. Prominent issues that were discussed at this time were the perennial traffic and the truck ban. We will again use this platform to coordinate with the new administration of Mayor Luigi Quisumbing.

Then we launched the celebration of our 50th Founding Anniversary at the Sacred Heart School with a human formation participated by some 500 representatives from different member companies and partners.
MBM 2015

For MBM 2015, we had the tree planting activity in Carmen, Cebu in partnership with San Miguel Brewery, the Search for Women in Need, Now Entrepreneurs and Rolemodels (WINNERs), dental missions in Mandaue and Bogo in partnership with IPI Foundation, voters registration in partnership with COMELEC, and SSS pensioners’ day with SSS. Thank you to all the chairs and vice chairs for the successful events.

As part of our golden anniversary celebration, we had the Glee for Gold which showcased the talents of the youth. Thank you Wilson for a job well done.

Among the highlights of the Business Month was the MCCI Business Summit where we invited top-calibre speakers from various fields for provide new knowledge and inspiration to our business community. I would like to congratulate Mr. Steven Yu for a job well done in chairing the business summit. The attendance went beyond our expectations.

We also organized business seminars to help in the human resource development of our members.
To conclude the Business Month, we held the Chamber Night where we also had the induction of the new board and the ceremonial turn-over of responsibilities.

Tonight, I would like to inform the general membership of MCCI that we are again spearheading the celebration of the Mandaue Business Month which will be chaired by Mr. Steven Yu. Our theme for this year is “BOLD MOVES. NEW FRONTIERS.”

As mentioned earlier, we organized Expo Mandaue for the APEC delegates in Cebu to showcase our world class products. The APEC organizers headed by Ambassador Marciano Paynor and Ambassador Sta. Catalina were so impressed by our show that we were invited to bring Expo Mandaue to Manila at the World Trade Center during the APEC Leaders’ Summit. The show in Manila run for one week and we were the only Chamber and Mandaue is the only LGU that was featured during the APEC Leader’s Summit. The show was featured in both national and international media including CNN.

Thank you Clayton Tugonon for the talent and the passion in putting up the show.

We concluded 2015 with a Christmas Party and Fellowship Night.

To conclude our 50th Anniversary celebration, we had the Gala Night where we recognized and honor the “game changers” of Mandaue – from the local government to our partners. Most importantly, we recognized and honored the different companies who pioneered their businesses in Mandaue and are now in their 40th years and beyond. It was heartwarming to see the founders and the second generation entrepreneurs that shaped the business landscape of Mandaue.

On the same night, we inducted 53 new members of the Chamber which brings our membership today to a total of 256 companies with several others still processing their applications.

This year, we launched the program Men In Business (MIB) in partnership with San Miguel Brewery and the University of Cebu Banilad to train men who are heads of families to become entrepreneurs. The program is chaired and co-chaired by Girlie Garces and Amado Go respectively. The mentorship for their business enterprises is on-going and we shall have the awarding of the winners in July.

As a major player in the City of Mandaue, our Chamber had been consulted by different candidates during the last campaign period. As the voice of business in Mandaue, it is important that we engage ourselves in the political arena while maintaining our independence. We should continue our critical collaboration with the LGU. We had already done our courtesy visits with re-elected Vice Governor Agnes Magpale and newly-elected congressman, Jonas Cortes.

This month, we gave a simple Testimonial Dinner for Mayor Jonas and the staff at city hall to recognize their support and strong partnership with the Chamber throughout the years of his term as mayor.

In preparation for the changes in the national and local leadership, the present and past board of trustees of the chamber held a strategic planning last April. The plans will define the strategic directions of the chamber in the next years.

When we look back to our accomplishments, we thank those who supported us along the way: the Provincial Government of Cebu, Governor Davide and Vice Governor Agnes Magpale, the local government of Mandaue, Mayor Jonas Cortes, the city council headed by Vice-Mayor Glenn Bercede. Thank you to our partners, the media and the academe. Most especially, thank you MCCI members for putting your trust and confidence on your Chamber.

As the MCCI marches beyond its 50th year, we look forward to a more dynamic, vibrant and responsive chamber that will serve its members and continue to be a catalyst of growth and development in Mandaue.

I would like to take this opportunity to sincerely thank the members of the Board: Glenn, Mark, Mico, Alice, Mike, Steven, John, Girlie, Wilson, Jerry, Clayton, Carmel, Tina, and Beverly (who is celebrating her birthday today).

Thank you for your active support to my presidency and for accompanying me in the journey.

Change is coming and we continue to live in interesting times.

The word for “interesting times” is the same as the Chinese word for crisis that is commonly interpreted to mean both danger and opportunity.

Webster defines “crisis” as a critical point in time when we are forced to make choices that will fundamentally change the future, for either better or worse. Living in interesting times may be either a blessing or a curse. Regardless, we most certainly continue to live in “interesting times” today.

Because of this, let us continue to ask the Lord for guidance as we make our decisions and choose our directions.
Daghang Salamat! Maayong gabii!

Good evening! First, allow me to extend my warmest and sincerest thanks to everyone who is with us tonight to... END_OF_DOCUMENT_TOKEN_TO_BE_REPLACED

The members and friends of the Mandaue Chamber of Commerce and Industry (MCCI) actively responded to the Mandaue City barangay... END_OF_DOCUMENT_TOKEN_TO_BE_REPLACED

The Mandaue Chamber of Commerce and Industry (MCCI) was hailed as the Most Outstanding Chamber in the Visayas and in... END_OF_DOCUMENT_TOKEN_TO_BE_REPLACED

The Mandaue Chamber of Commerce and Industry (MCCI) awarded people and institutions that have remarkably contributed to the city’s pride... END_OF_DOCUMENT_TOKEN_TO_BE_REPLACED

The Mandaue Chamber of Commerce and Industry (MCCI) duly honored their members, partners and sponsors for their constant support and... END_OF_DOCUMENT_TOKEN_TO_BE_REPLACED

Vowing to partner to “create an ideal economic climate for the businesses and stakeholders in their respective localities”, the Mandaue... END_OF_DOCUMENT_TOKEN_TO_BE_REPLACED