Some 164 members of the Mandaue Chamber of Commerce and Industry (MCCI) attended the tax reform roadshow on March 9 at the Cebu Parklane International Hotel. The event was designed to inform the public on the newly enacted Tax Reform for Acceleration and Inclusion (TRAIN) law, corporate income tax reform, and fiscal incentives modernization. 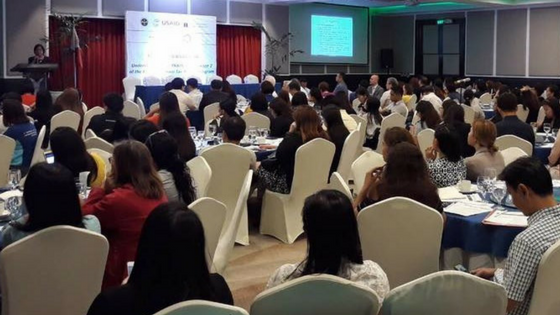 TRAIN or Republic Act 10963 is the first package of the comprehensive tax reform program (CTRP) conceived under the administration of President Rodrigo Duterte. According to DOF, it aims to correct several deficiencies in the tax system to make it “simpler, fairer, and more efficient”.

Trinidad Rodriguez, director of the National Tax Research Center who presented the provisions and fiscal impact of CTRP’s Package 1, said that 70 percent of the funds collected from TRAIN will go to infrastructure projects, such as mass transport and new road networks to address congestion, military infrastructure, sports facilities for public schools, and potable drinking water supply in all public places, among others.

The remaining 30 percent will fund social services, including programs for sugar farmers, social mitigating measures and investments in education, health, social protection, employment, and housing for poor and near-poor households, and unconditional cash transfer to the poorest 10 million households.

The members and friends of the Mandaue Chamber of Commerce and Industry (MCCI) actively responded to the Mandaue City barangay... END_OF_DOCUMENT_TOKEN_TO_BE_REPLACED

The Mandaue Chamber of Commerce and Industry (MCCI) was hailed as the Most Outstanding Chamber in the Visayas and in... END_OF_DOCUMENT_TOKEN_TO_BE_REPLACED

The Mandaue Chamber of Commerce and Industry (MCCI) awarded people and institutions that have remarkably contributed to the city’s pride... END_OF_DOCUMENT_TOKEN_TO_BE_REPLACED

The Mandaue Chamber of Commerce and Industry (MCCI) duly honored their members, partners and sponsors for their constant support and... END_OF_DOCUMENT_TOKEN_TO_BE_REPLACED

Vowing to partner to “create an ideal economic climate for the businesses and stakeholders in their respective localities”, the Mandaue... END_OF_DOCUMENT_TOKEN_TO_BE_REPLACED